The city of Constanta is in the Dobrojea area which is characterized by several influences due to the geographical location, connecting the interior part of Europe with the Black sea. Hence it was place of passage and conquests for many population that inevitably generated historic and cultural stratifications. Greeks, Romans, Byzantines , Bulgarians, Romanians and Ottoman Turks inhabited the territory for centuries.

During the Roman conquest , many Greek cities were assembled into a union , in which emerged Costanta, called Tomis. The city is well known for the legend of Medea, the princess of Colchis that fled from her parents, taking with her the little brother, Absirt. When Medea was followed by her father ‘s ship, frightened, killed her brother, cutting up his body and scattering the parts on the sea . The father stopped his ship every time he saw parts of his beloved son. After collecting all the pieces, Aeetes moors the boat to bury the son. The city that rose then there, has been called Tomis, which in Greek language means ‘ to reduce to pieces’.

Tomis was an important port city closely linked with many populations: Phoenicians, Scythians, Dacians, Greeks, Romans, Mongols, Slavs, Turks, Tatars, Goths, Italians and Bulgarians left a print on this territory. An important figure for the History of Costanta is the Roman poet Ovid, here exiled by the Emperor Augustus , buried out of the city walls. The Bi-millenary of his death is celebrated in 2017-2018, being the year of his death quite uncertain (dating 17 A.C. or 18 A.C.). He wrote here remarkable works like Tristia and Epistulae ex Ponto, using the elegy to describe his life during the exile to parents and friends, trying to convince the Emperor to pick him back to the capital. Ovid is strictly connected with this site as we can see from the dedication of a town, an island, a university, a school and the main square where his statue stands. The most important sightseeing edifices of the old Tomis archaeological area are the Inner Wall, the Roman Mosaic Edifice, the Thermae and the Ancient District in the Cathedral’s Park.

The Archaeological Park is an area with rich vegetation where remains of the ancient Tomis are still present. The park is well integrated in the city and its alleys seem to be a history museum exhibition: halls columns, pottery and other historical artefacts dating back to the Roman-Byzantine age. Near there are the remains of the Butchers Tower, rebuilt during the reign of Justinian, and other architectural fragments of the ancient city. The Roman Mosaic is one of the greatest architectonic assemblies from the Roman epoch known in Dobrogea. The mosaic covering a 2.000 square meters area, one of the greatest from the whole Empire, is made of little coloured tesserae designing floral and naturalistic patterns. The National History and Archaeology Museum in Ovid square hosts an impressive heritage, consisting of over 430,000 objects dating from the Palaeolithic to modern times. The institution houses Greek, Romanian, Byzantine and medieval objects such as ceramics, antique architectural elements, ancient sculptures, glass vases, bronze statues, jewellery, coins.

Go to the events Page 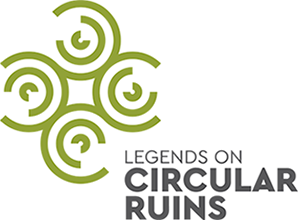